REFLECT: Of all the Millennial Kingdom traits described in 33:7-24, which ones do you most yearn to see with your own eyes? Which one do you desire to see take root in your life more and more? What does it mean to you that the Lord Jesus is the fulfillment of 33:22? What aspects of His earthly and future ministry come to mind when you picture Yeshua as Judge? King? Savior?

In contrast to the apostate Jews terrorized by the attack of the antichrist (33:7-16), the believing remnant in Jerusalem will be peaceful and secure when the Messianic Kingdom is established. We can be confident of this interpretation in three ways. First, the people will actually see their Kosher King with their own eyes; secondly, Jerusalem and its Temple will never be moved again; and thirdly, the sins of all the Jews living in Zion will be forgiven.

The believing remnant that survives the Great Tribulation will see the Messiah and the land of Isra’el restored. Your eyes will see the King (Isaiah 32:1, 43:15; Micah 2:13; Zephaniah 3:15; Zechariah 14:9) in His beauty and view a land that stretches afar (33:17). The King will be there and the people will physically see Him. The Messianic hope will have been fulfilled. He will be their Judge, Lawgiver and King (33:22). For the first time Isra’el will occupy all of the Land God had promised (Genesis 15:18-19; Exodus 23:31). As the presence of the King is enjoyed, so also is the absence of any enemy.

In that day, ADONAI’s people will look back and think about the terror they had experienced. In your thoughts you will ponder the former terror, “Where is that chief officer? Where is the one who took the revenue? Where is the officer in charge of the towers” (33:18)? What seemed so permanent at the time will be gone, and its passing will be a sense of astonishment to them.

Although Isaiah has the far eschatological end of the Tribulation in mind here, he uses the near historical invasion of the Assyrians as an example of the kind of invasion that will cease to be during the Messianic Kingdom (33:19). There will be no more invaders like the Assyrians, those arrogant people of an obscure speech, who spoke an incomprehensible language (First Corinthians 13:8). The Land and its people will be secure, because the Lord Himself will rule and reign from the Millennial Temple (to see link click Db – The Nine Missing Articles in the Messiah’s Coming Temple). He will rule them with an iron scepter (Psalm 2:9a), and we will rule with Him. Christ declares that He will appoint those who remain faithful to Him to share in His subjugating rule over the nations. To him who overcomes, I will give authority over the nations. He will rule them with an iron scepter; He will dash them to pieces like pottery, just as I have received authority from My Father (Revelation 2:26-27).

Jerusalem will be peaceful and secure, and no war ships will attack the nation of Isra’el. Being properly related to the Lord, the people will acknowledge Him as their judge, lawgiver, and King. It will be a time of peace and prosperity. Look upon Zion, the city of your festivals; your eyes will see Jerusalem, a peaceful abode unthreatened from the outside. What matters here is that the Son of God will meet mere humans face to face. Jerusalem will be like a tent that will not be moved; its stakes will never be pulled up, nor any of its ropes broken (33:20). Unlike the Tabernacle in the wilderness (see the commentary on Exodus Eq – Christ and the Tabernacle), the Millennial Temple would never be moved. God and His Temple will come in the last days to a permanent rest.

In this life all believers live in tents. This is not our home, we are just passing through. And happy is the person who realizes it for we are aliens and strangers in the world (First Peter 2:11). But one day our tents will be pegged down forever. Speaking of the faith of Abraham, the writer to the Hebrews states that he made his home in a foreign country; he lived in tents, as did Isaac and Jacob, who were heirs with him of the same promise. For he was looking forward to the City with foundations, whose architect and builder is God (Hebrews 11:8-10). The traveler has truly come home when it can be said that he will never strike his tent again. We will not have to move any more because there the LORD will be our Mighty One (33:21a). Where ADONAI is, there is security.

He also mentions rivers and ships. It will be like a place of broad rivers and streams (33:21b). What is so unusual about that? Jerusalem sits on top of a mountain. But in the Millennial Kingdom there will be an entirely different topography. In the center there will be a mountain, which will become the highest mountain in the world, with a fifty-mile square plateau. As described in Ezeki’el 48:29, there will be seven tribes, from north to south, settling north of this mountain (Dan, Asher, Naphtali, Manasseh, Ephraim, Reuben, and Judah) and five tribes, from north to south, settling south of this mountain (Benjamin, Simeon, Issachar, Zebulun and Gad).

The fifty by fifty-mile plateau will itself be subdivided into three parts. The northern division is twenty by fifty miles, with the Temple, a mile square, in the middle of it. The area around the Temple is the living quarters for the Sons of Zadok. The Tribe of Levi will live in a twenty by fifty-mile area in the middle division. The southern division is ten by fifty miles. In the middle of the southern division, in a ten-mile by ten-mile square is the Millennial Jerusalem. On each side of the City are two ten-mile by twenty-mile areas for food growing (See the diagram below).

The Millennial River, a massive river, will begin at the Temple then flow down to the city of Jerusalem, where it splits, half heading east to the Dead Sea, and the other half heading west to the Mediterranean Sea. Rivers will characterize the millennial Jerusalem (Zechariah 14:8; Ezekiel 47:1-12). Therefore, ships will sail on the Millennial River in the Kingdom. But while there may be ships on the Mediterranean, there will be no ships of war. No galley with oars will ride them, no mighty ship will sail them (33:21c).

The King will rule and reign from millennial Jerusalem. For ADONAI will be Isra’el’s judge, in the sense of the book of Judges, He will be her champion and defender. In the wicked world we live in today, what a wonderful thing it will be when justice will reign. Because Yeshua will be her lawgiver, He will be more than fair in His dealings with her; because He will be her King (33:22).

While Isra’el will be saved in the Millennial Kingdom (Revelation 20:1-6), the enemy will be destroyed. The evil force in the world will have failed and the Adversary’s head will have been crushed (Genesis 3:15b). With the continuation of the ship motif, Isaiah declares: Your rigging hangs loose. The mast is not held secure, the sail is not spread. Rather than obtaining plunder, the antichrist and his followers become plunder. The abundance of spoils will be divided and even the lame of Isra’el will be able to carry off plunder (33:23). 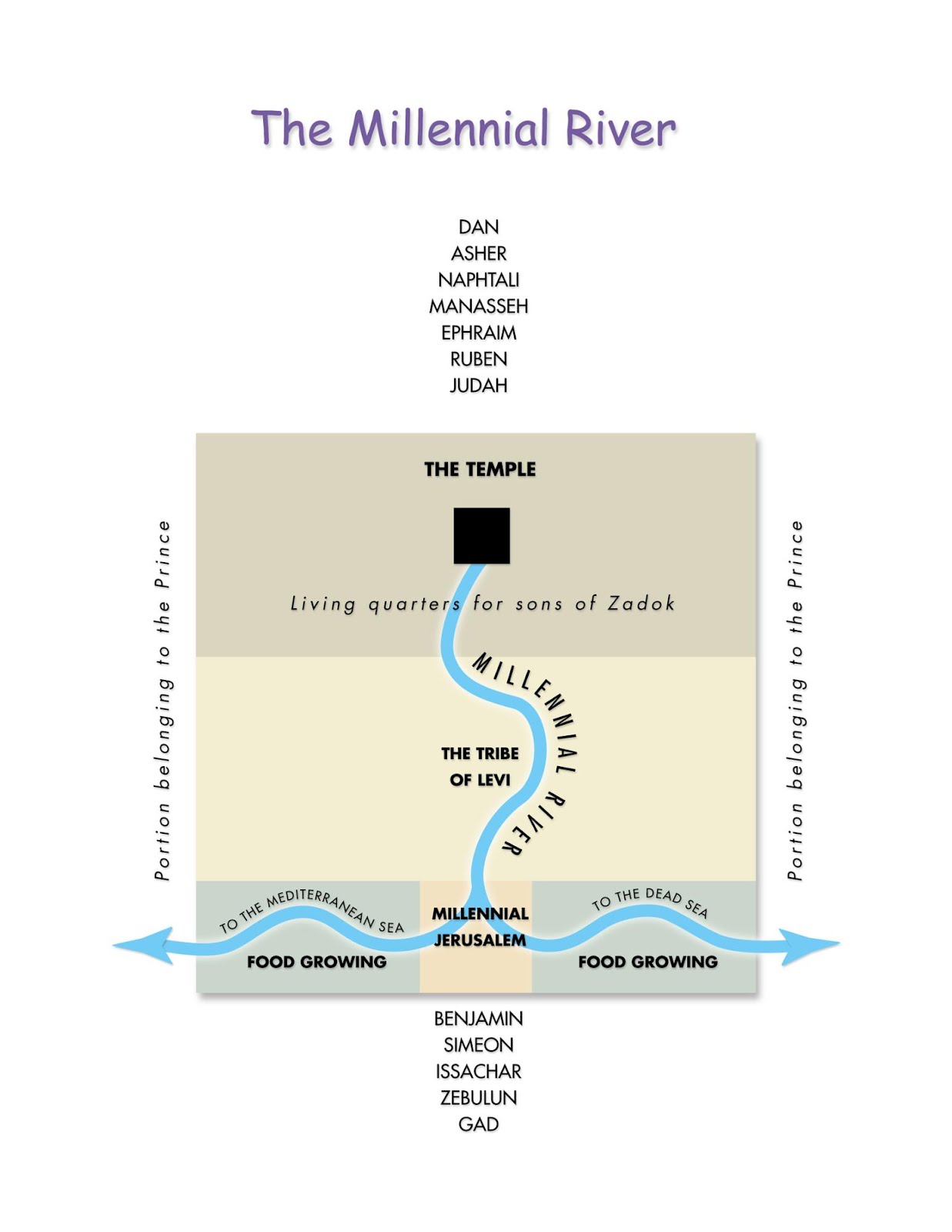